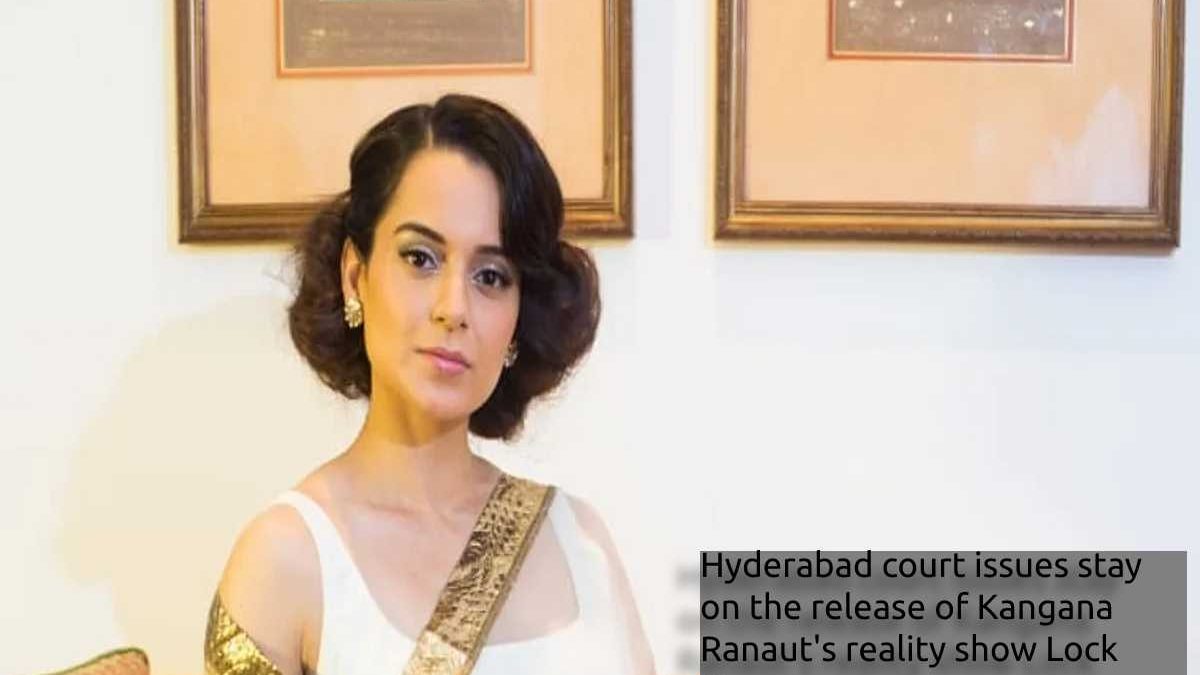 Hyderabad court issues stay on the release of Kangana Ranaut’s reality show Lock Upp on FEBRUARY 27: Ahead of its streaming on Sunday.

Ekta Kapoor’s reality show, Lock Upp, has been entangled in a legal battle.

A Hyderabad civil court issued a stay order on the release of the show, just a day before the show was going on air. Lock Upp will be hosted by Rangana Ranaut, which will mark her debut in the OTT space.

The court passed a stay order based on a petition filed by a Hyderabad-based businessman Sanober Baig.

Baig cited that Lock Upp is an “exact copy” of his registered concept of a show called The Jail. As per Baig’s petition, he had shared the idea with Endemol Shine India’s Abhishek Rege.

Who he said backstabbed him. Hyderabad civil court has now restrained the makers of Lock Upp from streaming the show on any platform.

Court issues stay on the release

The court passed the order after checking the documents of Sanober Baig, who claimed to hold the right to the script of the concept of The Jail.

The court also took on record the video clip of the trailer of Lock Upp and concluded that it appeared similar.

However, the court, hence, passed the order with an urgent notice prohibiting the exhibition of the show on any electronic media or social media.

The petition also mentions that the “original” concept is owned by Pride Media, whose proprietor is Sanober Baig.

It was written by Shaantanu Ray and Sheershak Anand and registered under the copyright act on March 7 2018.

It was reported at the Film Writers Association: